How to return to the first memoirs of this narrative, we shall speak of Kalokuokamaile, the first offspring of Keoua, whom we left as a child. Years have passed by and Kalokuokamaile has grown up a strong, athletic man, of good and mild nature, with no selfish or ambitious, motives. His single aim was to secure the happiness and contentment of his people. His mother had died and now he was the ruler of the kingdom in her stead. He had already taken a wife from the neighboring district of Kahikinui and Honuaula, ruled over by a chief family of which Kaloiokalani was the only flower. Tidings of her fine qualities had reached Hana. Kalokuokamaile set out to visit that court. Of course he had to observe the tabu of his family, paying his visits by night. He was happily received by the parents and soon arrangements for the royal nuptials were completed. When the hoao had taken place and feasting and dancing ended, Kalokuokamaile made preparations to return to Hana. As Kaloiokalani was a great favorite with her people, they volunteered to get up a great cavalcade to escort the distinguished couple as far as Kipahulu. It was said at the time that, so immense was the throng, the procession was mistaken lor an invasion by some unknown enemy. However, Kalokuokamaile was at last settled at the old family homestead and affairs ran smoothly and lovely. A bright little girl soon appeared on the scene. They named her Kaohelelani, and she was fated to be their only child. She was verging into maidenhood when Kalokuokamaile died. His people showed their affectionate regard for him by making his grave on the highest peak of their country, Kauwiki. Upon news of his death reaching Kamehameha I he immediately assembled a retinue of followers and retainers to accompany his brother Kealiimaikai to bear his request to Kaloiokalani to permit her daughter Kaohele to take up her residence at his court, and to have his brother take charge of the vast patrimonial estate until Kao-hele should reach her majority. This request was granted, for how could a weak woman go contrary to the wish of a powerful chief, as Kamehameha had grown to be, having by this time subjugated all the islands. As Kaohele approached maturity Kamehameha was looking around to obtain a matrimonial alliance for his fair niece. As the Waimea people, under the rule of their high chief Hinai, had shown reluctance to submit to the sway of the great conqueror, Kamehameha took the mild course of uniting the ruling families through an offer of the hand of Kaohele to Nuhi, the eldest son of Hinai. The offer was accepted and soon Kao-hele was transported to her new home with becoming grace.

The bait had taken its prey but King Kamehameha was sorely disappointed in his expectations. Kaohele became so attached to her new home and relatives and contented with them, that the anticipated intimacy between the two families was not realized. Or, possibly, she felt resentment toward her august relative owing to what happened to her old beloved home, for, after Kamehameha had conquered the Maui king, he began to partition out, to the chiefs who had aided him, the land that was the rightful heritage of his niece. Whatever disillusions she may have suffered, however, she bore in silence.

There were born to Nuhi and Kaohele first a daughter and then a son, the girl being named Kekaikuihala and the boy Laanui. Kameha-meha, although fierce and cruel in war, was dis-posed to be conciliatory toward those he conquered, aiming to make amends in a measure for the wrongs he inflicted and to establish friendly relations with families to which he had brought misfortune. He extended a welcoming hand and opened his heart to many, men and women alike, who flocked to his hospitable court. Alliances in this way were created, and one by one new homes spread over the lately deserted country-side once more, through the influence of which contentment was made to rule supreme in the land.

Among the visitors to the royal court was Kekuwai-Piia, who had just become a widow, coming as a guest of her sister, Queen Kaahumanu. Laanui was a boy growing to maturity. The king had not forgotten the great wish of his heart, coveting possession of Waimea and hoping to gain it, if not in battle, through a matrimonial alliance. His failure to accomplish this end through Kaohele was a sting to the old warrior’s pride, and now he ch0|Se a new agent of his ambition by inviting Laanui to the court. The invitation was gladly accepted and the visit lasted for months. Kamehameha was loath to have Laanui depart while he was slyly intriguing with Kaahumanu to negotiate a marriage between Piia and Laanui. Piia is described as being a person heavily built and not prepossessing in appearance like her sisters Kaahumanu and Kaheiheimalie. When at last the proposition was put squarely to Laanui, that it was the united wish of the king and queen that the marriage should take place, for a moment he was dejected. To wed a woman very many years his senior was not the desire of his heart. Yet realizing that it might be perilous to go contrary to the express desire of the powerful monarch he quietly consented “to take the bitter pill.” 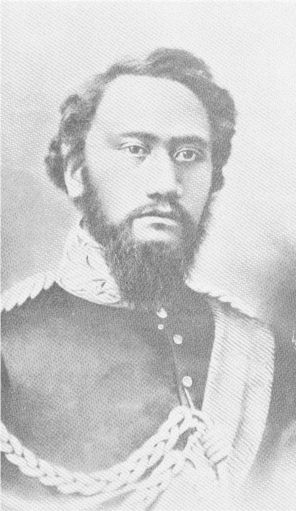 The couple took up their residence at Waialua, permanently, upon one of the divisions of land which Piia had received as her portion out of her father’s large estate. Soon afterward the old conqueror’s death occurred, upon which Kaahumanu became regent of the whole group. The first party of missionaries had just arrived. Piia and Laanui, together with Queen Kaahumanu and several other chiefly persons, were among the first converts to Christianity. Like-wise Laanui and Piia were one of the first couples to be married by Mr. Bingham. Their favorite dwelling was at Waialua, Island of Oahu. They found the climate there so salubrious and balmy that they loved it, visiting Honolulu only when their presence at court was demanded. Unfortunately her corpulence did not inure to healthfulness and before long Piia sickened and died. Before passing away, she said to her husband: “Laanui, I wish to divulge a secret in my heart to you. It was not my work that you gave up your patrimonial inheritance to me. It was at the instigation of Kamehameha that I played coyly toward you in order to gratify his selfish motives. For your cheerful sacrifice of what was so dear to your heart I feel it is my duty to repay you. Therefore in return for great kindness I leave this dear Waialua to you, as well as all the other lands which I own, for my token of love for you. I cannot die happy without making this reparation while the breath is in my body. Forgive me for the part I took in the wrongful measure.”

Laanui, in the presence of their large retinue of friends, relatives and retainers, pronounced the desired forgiveness. A few days later Piia was no more.