Kealiimaikai took to wife the high chiefess Kalikookalani of the Kalaninuiamamao line. They had an only daughter whom they named Kaoanaeha, described by old historians as strikingly handsome. Just about this time there arrived at the port of Kailua, Hawaii, two of England’s sons, pioneers, who had come to cast their lot among the aborigines of these isles of the Pacific. Their presence raised quite a commotion and when the news reached King Kamehameha he immediately sent one of his bodyguards to extend to them the hand of welcome with a message that it was his majesty’s pleasure to meet the young strangers and offer them a home near his own. It was an unlooked for happiness.

These young men, by name John Young and Isaac Davis, became great favorites of the king, especially when he had become apprised of the fact that they were experts in the handling of firearms, the use of which was unknown in Hawaii at that period. The day was fast approaching when the fate of two young people would be a matter of great importance.

Kaoanaeha was a girl of fourteen or fifteen summers when she first met her destined husband at her uncle’s court. John Young was of fine physique and noble bearing. It was noticed by those around that the two were mutually impressed with the society of one another, so when the question of their marriage was pro-posed by the king it touched their hearts’ great-est desire and met their prompt assent.

Our old marriage custom was a great novelty to the Britisher. I have no doubt that he was cognizant of the honor bestowed on him, and realized that his position would bring him in close touch with royalty. After the usual pomp and gaiety which accompanied those occasions they became man and wife. Kamehameha made them presents of lands for their home and estate. Three beautiful daughters and a son graced the Young home in after years. The .son occupied the high office of premier in the latter part of Kamehameha Ill’s, and the fore part of Kamehameha IV’s reign. Fanny Kekela II, the elder daughter, who espoused a high chief named Naea, became the mother of Emma Kaleleonalani, queen consort of Kamehameha IV. One of the younger daughters was mother of Peter Young Kaeo and his brother Prince Albert Kunuiakea.

Along with Young’s initiation into royalty, Isaac Davis, his bosom friend, was also admitted to the ranks of Hawaiian nobility. He gained the sanction of the sovereign to wed a Hawaiian lady of rank. They had two daughters and a son.

The elder daughter became the wife of an Englishman of later arrival, Captain Adams, owner of valuable properties in Honolulu and adjacent districts. Her .sister was married into the royal family of Kauai, but unfortunately died without issue. Hueu, the son, married the high chiefess Kaanapilo of the Waimea line of chiefs, who raised a large family of eight sons and daughters, from which Miss Lucy Peabody and her niece, Mrs. Edgar Henriques, are descended.

So the adventures of these enterprising Englishmen ensued not only in distinction and affluence for themselves, but in highest positions for some of their posterity, notably, one as Queen Emma of revered memory, and another as daughter-in-law of a king.

The elder sister of Kamehameha, Peleuli, was grandmother of the high chiefess Kekauonohi through her only son and child, Kinau. Kekauonohi married first Kealiiahonui, the eldest son of Kaumualii, king of Kauai, by whom there was no issue. Secondly, she married Haalelea, a relative of Queen Dowager Kalama, consort of Kamehameha III, who was also childless. The youngest of Kekuiapoiwa’s children was named Piipii. She had an only son by name Kanihonui (“big teeth”).

Keoua’s last matrimonial venture was to marry Akahi, the companion of his old age, a chiefess who became the mother of Kaleiwohi, who took to wife Kailipakalua. Their son Pauwelua married Kaluai of the Waimea, Hawaii, line of chiefs, and begot the late chiefess Akahi, who became the wife of Keeaumoku the second, Queen Kaahumanu’s younger brother, second cousin of Mrs. Kekaaniau Pratt and third cousin of Mrs. Bernice Pauahi Bishop. 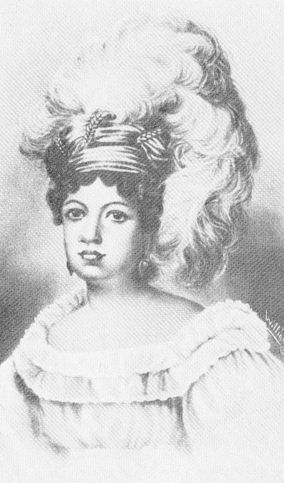 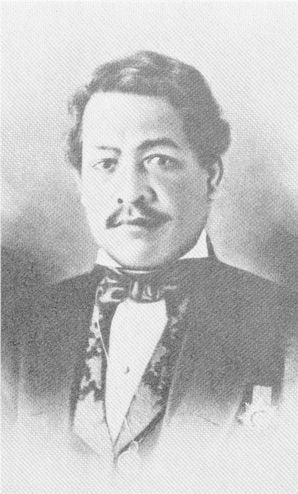 Probably the matrimonial enterprises of Keoua were carried through in observance of the rule of creating pios after the example of his fore-fathers, making him in duty and honor bound to promote the line of inheritance along varied branches.